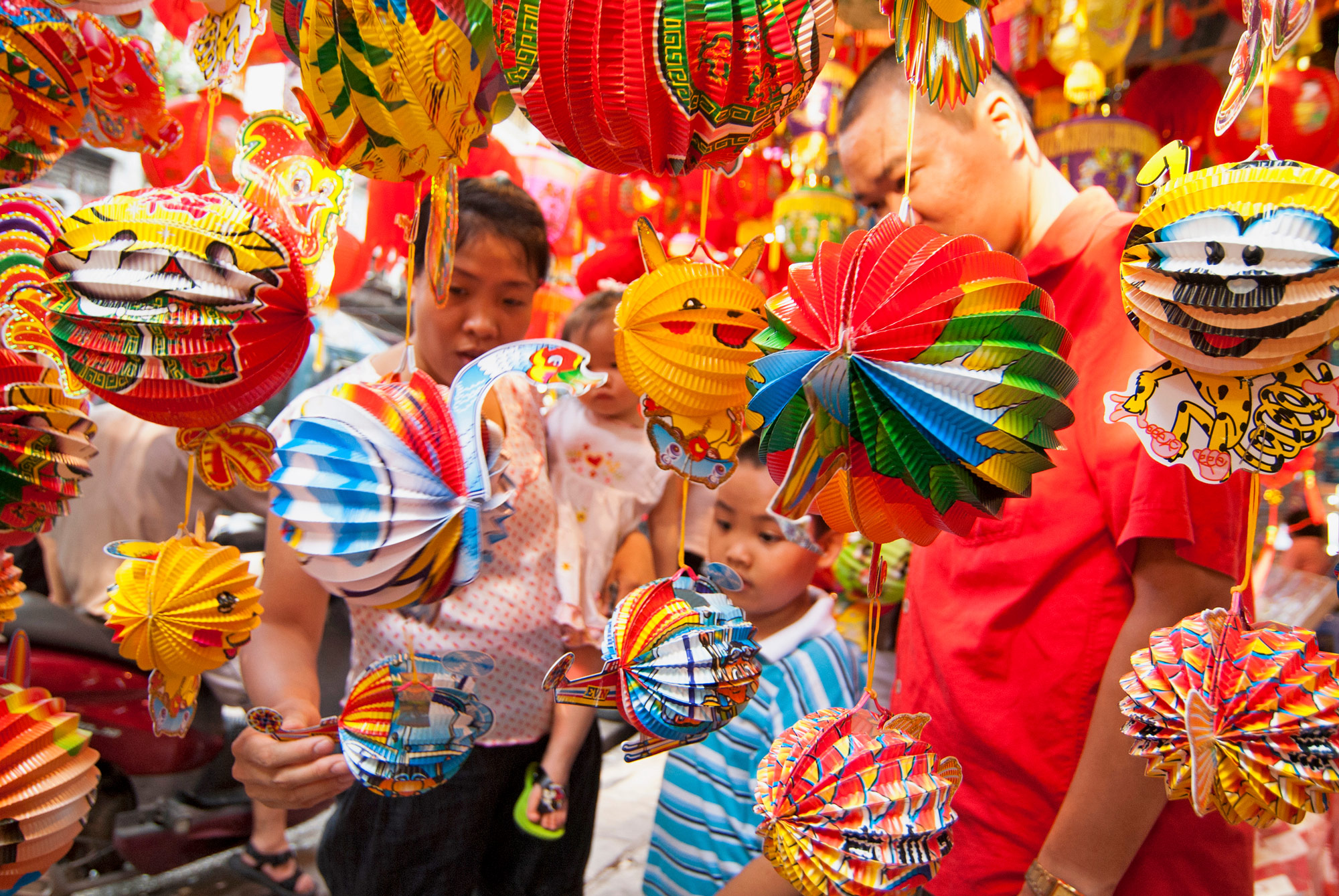 Besides the Lunar New Year, Vietnam also has many other significant holidays. And the Mid-Autumn Festival ( Tết Trung Thu in Vietnamese)  is one of them. This Vietnam festival is celebrated on the 15th day of the eighth month of the lunar calendar (regularly in late September or early October). In 2020 it falls on 1st October. To honor the beauty of the moon, it’s also called “Full Moon Festival” or “Children’s Festival” as it is traditional for Vietnamese Children.

The Origins of Mid-Autumn Festival

The Full Moon festival originated in China and is celebrated in many Asian countries. Yet the Vietnam festival has its own traditions and legends.  The legend of Cuoi is the most popular story and it reflects greatly how the Vietnamese people had dedicated the festival to the children.  Legend tells about Mr. Cuoi, who found a magical Banyan Tree which leaves can revive the deaths and save thousands. Unfortunately, his wife urinated on the tree and made it float to the moon. Mr. Cuoi was trying to hold it back, and the tree had dragged him along to the moon. And he never came back home. During the Mid-Autumn Festival each year, children light bright, colorful lanterns and have lantern parade in the street to guide the way back to the Earth for Mr. Cuoi.

Also, the celebration is a special season when farmers finish their work. So they can spend time with their loved ones and show their appreciation for abundant harvests and wish for another bountiful crop to come.

It wouldn’t be a fully truly Mid-Autumn festival without mooncakes Vietnamese people consider eating mooncake to be a way of celebrating the Full Moon Festival. The cake symbolizes the moon as well as completeness and wholeness. That’s why mooncake is not only a food but also a meaningful gift to families and friends as a wish them of success and happiness.

There are hundreds of mooncake stalls in the street selling variety collections of cakes with different fillings and flavors. The two common types of mooncake are snow skin called “bánh dẻo” (soft, sticky texture) and roasted golden coast called “bánh nướng” (baked cakes with a thick wheat crust). People normally enjoy eating mooncakes with green tea or lotus tea. And every member of the family is gathering around to watch the full moon.

In the weeks before this Vietnam festival, you will see and hear groups of lion dancers practicing on the streets. The most joyful time is the day before or on the Full Moon day. The drumbeats ring out from the alleys to the big streets, its giant head and sinuous body borne by a team of acrobatic dancers. Under the moonlight, the lion’s red sequined body sparkles as it dances. For Vietnamese people, this type of performance is dispensable part of the Mid-Autumn festivities and can be missed on the night of the festival.  But it still attracts lots of people to see the colorful performance.

Lanterns are the symbol of incoming Mid-Autumn festival. The traditional lantern on Full Moon festival is a star made with red cellophane. You’ll see these lanterns sold on streets all over Vietnam weeks or month in advance. Children have lots of fun on during this festival. They join the lion dancing performance and stroll on the crowded street with red lanterns, which they believe can light the way for Mr. Cuoi.

If you are in Hanoi, take a stroll to Hang Ma Street to immerse yourself in various and colorful decorations; lanterns, toys and the joyous atmosphere.

In Hoi An, locals will turn off the light on the day of the full moon and celebrate with floating lanterns on Thu Bon Rivers, what creates a magical image for the ancient town at night.

Mid-Autumn Festival is an annual occasion that’s unmissable for culture enthusiast. Visit Vietnam on these special days and join us in the jovial atmosphere! 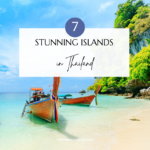 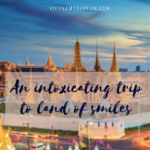 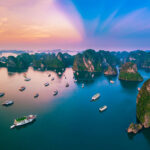 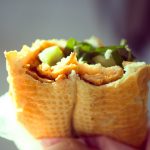 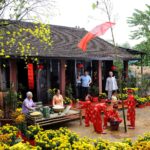 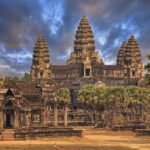 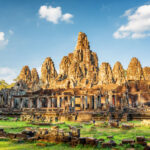 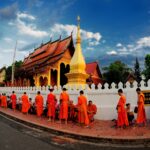