When you book with an account, you will be able to track your payment status, track the confirmation and you can also rate the tour after you finished the tour.
Sign Up

Or Continue As Guest

When you book with an account, you will be able to track your payment status, track the confirmation and you can also rate the tour after you finished the tour.
Sign Up
314

Why Book With Us?

Capture the charming beauty of Laos in exceptional Laos Tours. Laos is a land where elephants are sacred symbols of prosperity, ancient temples tell the story of their fascinating past, and the Mekong River is the lifeblood of the community. Once you set foot in Laos, you’ll immediately feel at one with nature. In Laos, you will enjoy the country’s charming landscapes, dense jungles, mountains, caves, and rivers. If you travel to Southern Laos, you will enjoy the spectacular Wat Phou and the land of ‘four thousand islands’ for the countless islands as well as sandbars.

It is here where the Mekong’s waterways are at their prettiest, the palm-lined Don Khong, Don Det, and Don Khon provide amazing sunsets with astounding backdrops offering a true exert of Laos lifestyles. Then off to Luang Prabang, a town that is laid back on the banks of the Mekong River and captures the heart of every traveler that visits the old French-influenced city. Explore its gilded, picturesque Buddhist temples and rise early to witness the daily procession of saffron-clad monks collecting alms from the residents.

In addition, you will get a chance to venture out into the heart of Laos to the mysterious Plain of Jars, an archaeological site dating back over 2000 years, and visit indigenous tribes. Finally. the trip finishes with two days to relax and explore the tranquil capital city of Vientiane.

In Laos tours upon arrival, we will meet you and transfer to boat pier, we board the long tail motorboat downstream the Mekong to Champassak to visit the ruins of Wat Phu, the pre-Angkorian temple, one of Southeast Asia’s most dramatically situated temples. We have time to explore these intriguing Khmer ruins, which are perched at the base of Mount Phu Kao.

Wat Phu is one of the Laos World Heritage sites recognized by UNESCO in 2001, this wonderful archeological site of Khmer civilization dates back to the 9th century, predating the famous Angkor Wat in Cambodia. Here we also have a chance to visit some nearby Khmer temples and Buddhist shrines. After lunch we drive to the peaceful Khong Island, the largest in the 4000 islands region, on the way we stopover to at the villages of ban Phone Saat.

After breakfast, we enjoy a cruise venturing into the widest point of the Mekong River where thousands of islets become visible in dry season, giving this area a lovely name: Si Phan Done.  Along the way, we stop at the Liphi waterfalls, one of the most beautiful waterfalls marking the end of Lao border to Cambodia, also known as the Samphamith. We also visit the fishing village of Ban Done Khone. On return, we take a short drive to the Lao – Cambodia border at Weukham, expect to be encaptivated by the sight of Khone Phapheng, which boasts South East Asia’s biggest waterfall, known as the Niagara of the east. If we are lucky, we may even see the rare freshwater Irrawaddy Mekong dolphin at Ban Hang Khone.

Upon leaving Done Khone Island, we continue our journey towards Tadlo, through Boloven plateau. The Boloven Plateau is known for its cooler temperature being located high above the Mekong Valley. Rivers run off this high plateau in all directions and then plunge out to lush forests along in a series of spectacular surging waterfalls. A trip to the plateau provides a refreshing break from the heat and allows you to observe the cultivation of rich coffee, tea, cardamom, bananas, and other crops that can be seen en route.  This trip will gives you the chance to venture off the beaten track and to discover some of the lesser-known areas of Laos and  exploring the wild beauty of this southern region. Upon arrival at Tad Lo waterfall, we will visit the villages of Alak, Nge, and Katu, populated by ethnic minority groups.

After breakfast, we enjoy a short-guided tour seeing the city’s oldest temple Wat Sene and the magnificent Wat Xiengthong with it’s roofs sweeping low to the ground, representing classical Laotian architecture. We then board a cruise upstream on the Mekong River, which gives us a panoramic view of the tranquil countryside as well as an interesting visit to the mysterious Pak Ou Caves, two linked caves crammed with thousands of gold lacquered Buddha statues of various shapes and sizes left by pilgrims. En route, we stop at the village of Ban Xanghai, where the local speciality of rice wine is produced. We also have time to visit Ban Xangkhong, Ban Xienglek, small villages well known for silk weavings and for Saa (jute) Papermaking.

You will the fantastic opportunity to participate in the daily morning rituals of saffron-clad monks collecting offerings of Alms (ubiquitous sticky rice) from the faithful residents if opts for an optional early start for the day . This tradition is very unique in Laos, being the only Buddhist nation still preserving the procession. From there you will visit the morning Phosi Market where you will see such diverse offerings as dried buffalo skin, local tea and saltpeter among the chickens, vegetables and hill-tribe weavings. Laos is also known for its traditional handicrafts, and today you will visit local village of Lao ethnic minority groups at Ban Ouay and Ban Thapene. We also drive to the beautiful Khouangsi Waterfall where you can splash around in the turquoise pools or walk along the forest paths.

After breakfast, we visit the National Museum at the former Royal Palace, which displays a lovely collection of artefacts reflecting the richness of Laos culture dating from the days of the early kings right through the last sovereign. The National Museum and the Central Market are not to be missed. After visiting these sights. Today, we drive 306km uphill a mountain surrounded by wonderful natural scenery to Xiengkhouang, which was devastated by American bombing between 1964 and 1973. Upon arrival, we transfer out to visit the Plain of Jars, an impressive archaeological site where hundreds of large stone jars are scattered all over the plateau. If time permits, we see the old capital of Muang Khoun and the nearby villages, home to the Hmong hill tribe people. They have an interesting local culture and a colorful history.

Following breakfast, we visit the Central Market. After that you can enjoy leisure time to explore the town further before catching our flight back to Vientiane. After checking into the hotel, time permitting we continue our sightseeing tour of the surrounding areas of Vientiane; we visit the impressive Laos-Thai Friendship Bridge and the Buddha Park, a scattered enchanting collection of Buddhist and Hindu sculptures on the Mekong Riverside meadow, close to the Friendship Bridge. There are approximately 200 religious images dating back over 500 years, which were created by a mysterious monk spreading his philosophy on life and revealing his ideas about the universe. You will finish your day with a spectacular view of over the Mekong River at sunset.

After breakfast, we see the major sights of the capital; including the oldest Wat Sisaket, the temple with thousands of miniature Buddha statues and the former royal temple of Wat Prakeo, which previously housed the famous Emerald Buddha Image. On the way to Lao’s national precious heritage, the famous and sacred structure of That Luang Stupa, we stop enroute to take some pictures of the imposing Patuxay Monument, which is well known as Vientiane’s own Arc de Triumph.

In the afternoon we transfer out to see the Buddha Park, a scattered enchanting collection of Buddhist and Hindu sculptures on the Mekong Riverside meadow, close to the Friendship Bridge. There are approximately 200 religious images dating back over 500 years, which were created by a mysterious monk spreading his philosophy on life and revealing his ideas about the universe. A spectacular view of over the Mekong River at sunset is a perfect way to finish the day.

After breakfast, you are free at your leisure until transfer to airport.

Private boat trip as stated in above sights

2 bottles (600mml) of drinking water per day during the tour

Tip, drinks, personal expenses and others

Int’l air tickets to / from Laos

Travel Insurance in all kinds

Any policies are in place for children?

The rate for children applicable for child sharing a room or cabin with two adults:

All tickets: Based on each airlines policy, the price for children will be applied at time of booking.

What are the typical steps in the payment process?

Deposit: In order to secure your spot for the tour, an amount 10% of land service are required to pay (the amount vary based each on tour basis). The amount should be made via bank transfer or our online payment method. After receiving the deposit of your tour, a voucher confirmation will be sent to you within 24-48 hours. Some airfares or services must be paid in full at the time of booking.

Final payment: The balance of your tour will be made one month before the travel date. Payment by bank transfer or online payment is accepted.

I'm a solo traveller, is there a single supplement?

All prices are based on per adult, in Double/Twin sharing

Surcharge will be applied for single traveler or single room request

Will be there any alterations of the itinerary?

Alterations to your itinerary before the booking is processed are happily processed free of charge. We want to provide the best tour possible for you.

Alterations, after you have received your booking confirmation letter, will attract a fee of $10 USD per request.

Vietnam Tour Fun reserves the right to modify the itinerary of the tour if air schedule or surface transportation changes, and/or events beyond its control make such alteration necessary.

In this event, any of the increase or reduction of the tour cost will be calculated and charged accordingly.

If the tour is to be changed at the request of the client(s), the client will be required to pay any additional cost in advance.

What are the cancellation policies and how can I change mine?

We would deeply regret your decision to cancel your trip to Vietnam & Indochina; however, we realize that there are many reasons for this event.
In the event of cancellation, we will refund any payment made to Vietnam Tour Fun given that a cancellation fee is applicable.

The cancellation fee will be calculated as follows:

After the trip has commenced, we are unable to refund any amount for unused services due to your early departure, late arrival, or missed days on tours. 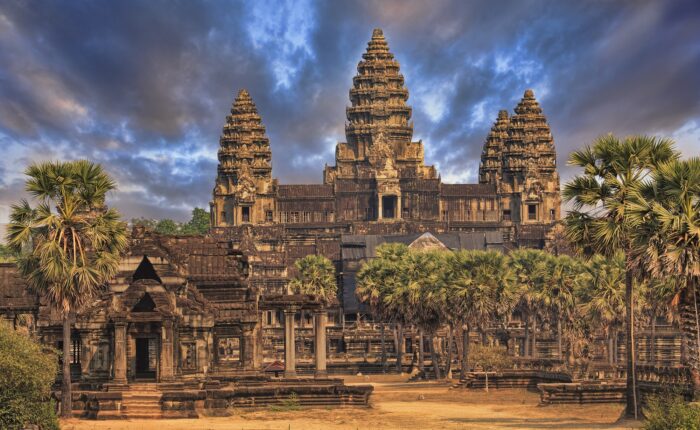 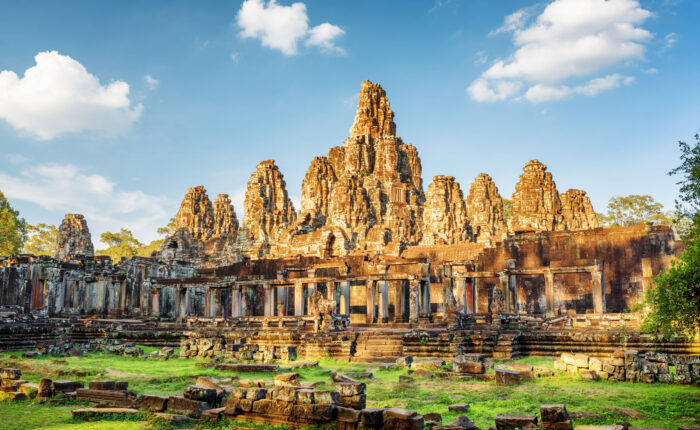 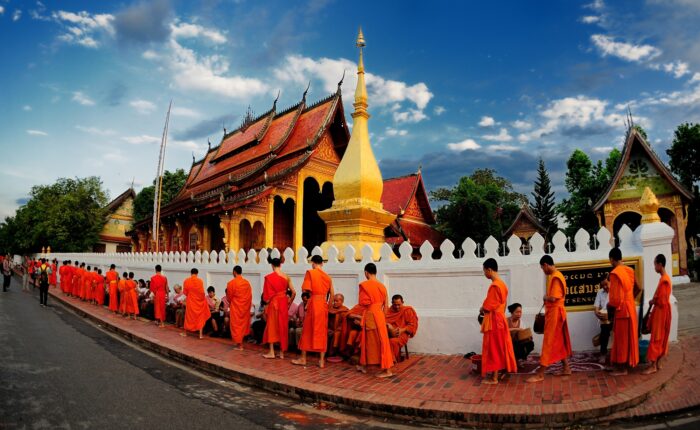